Oman, a country many Westerners don’t even realize is there, lies along centuries-old spice routes, and its cuisine is a remarkably delicious case of cultural transfusion. Persian, North African, Indian, and Arab influences all come together for ingredients and dishes that defy expectations of what Middle Eastern food can be. Sure, you’ll find the usual suspects like saffron, rose water, and dried limes, but also shark, wheat berries, coconut, and nutmeg—ingredients less frequently associated with the Middle Eastern canon. 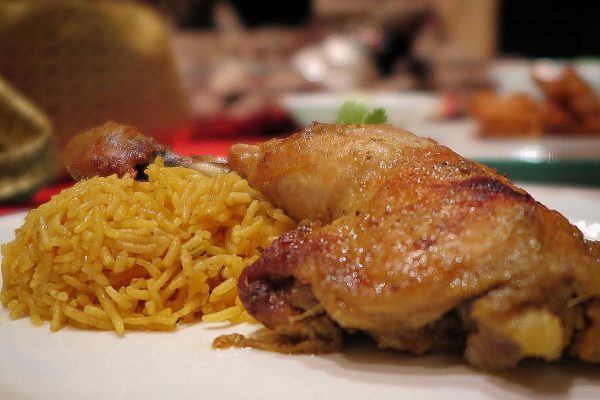 Fragrant with spices and soft from overcooked rice, this Middle Eastern porridge is perfect comfort food.